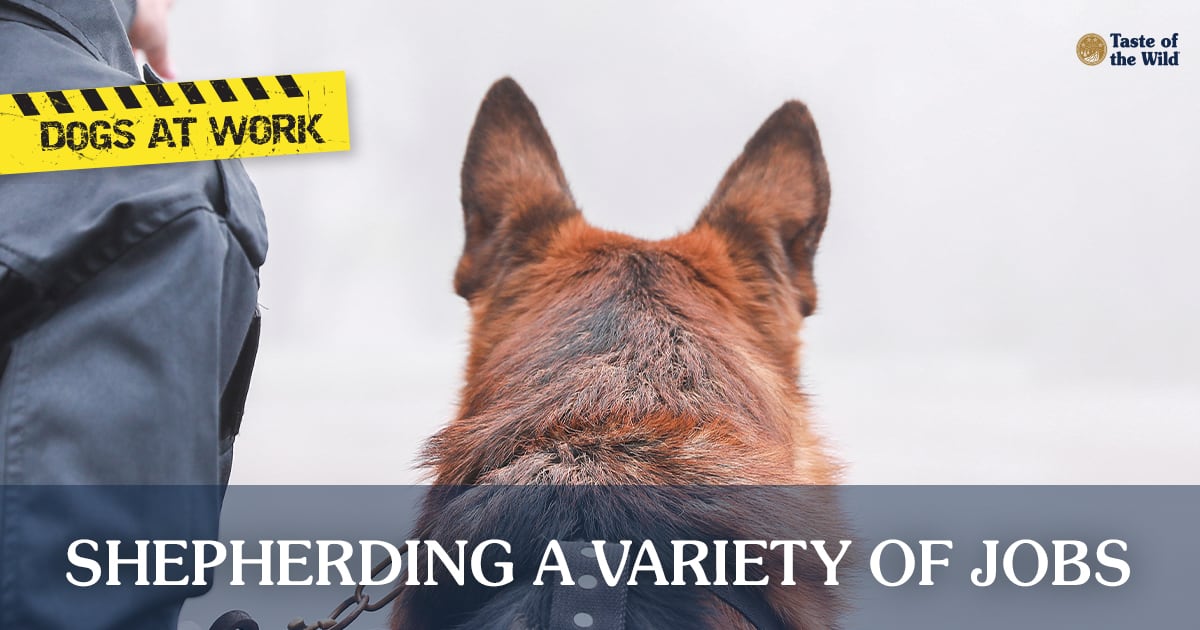 Can a dog be a workaholic? If so, the German shepherd dog would certainly qualify. Multitalented and eager to work, German shepherds have held a wide array of jobs over the decades, from herders and guide dogs for the visually impaired to police dogs that apprehend criminals and detect illegal substances. They’ve also joined the military and worked as search-and-rescue dogs. Whew!

When they’re not on the job, German shepherds are known to be outstanding athletes, snagging the blue ribbon in sports such as agility, rally, tracking, obedience and herding.

No wonder the German shepherd has so many fans. It’s in the top three of the American Kennel Club’s (AKC) 2020 most popular dog breed rankings, just behind Labrador retrievers and French bulldogs. To celebrate National German Shepherd Day on May 10, we’re sharing some fascinating facts about this hardworking breed.

At the end of the 19th century, a German cavalry officer by the name of Captain Max von Stephanitz admired German herding dogs but noted they varied in appearance by region of the country. He made it his mission to create the ideal herding dog.

His search for the best breeding stock took him to a dog show in 1899, where he found a wolf-like canine with upright ears and yellow and black markings named Hektor Linksrhein. He promptly purchased the dog and changed its name to Horand von Grafrath. Soon after, Captain von Stephanitz helped establish the world’s first German Shepherd Club, and he registered Horand as the first German shepherd dog. Throughout the years, the club worked to create breed standardization.

In 1908, three German shepherds were imported to the United States and exhibited at the Westminster Kennel Club Show in the “miscellaneous” category. Finally, the German Shepherd Dog Club of America was founded in 1913.

When America entered World War I, Germany was considered the enemy, so the AKC renamed the breed “Shepherd Dog,” and the English followed suit, calling the dogs “Alsatian Wolf Dogs.” In 1930, the Shepherd Club of America had a change of heart, inserting the word “German” before “Shepherd” in their name.

After World War I, news of the dogs’ heroics in the trenches helped them gain in popularity, and they’ve remained one of America’s best-loved canine breeds ever since. 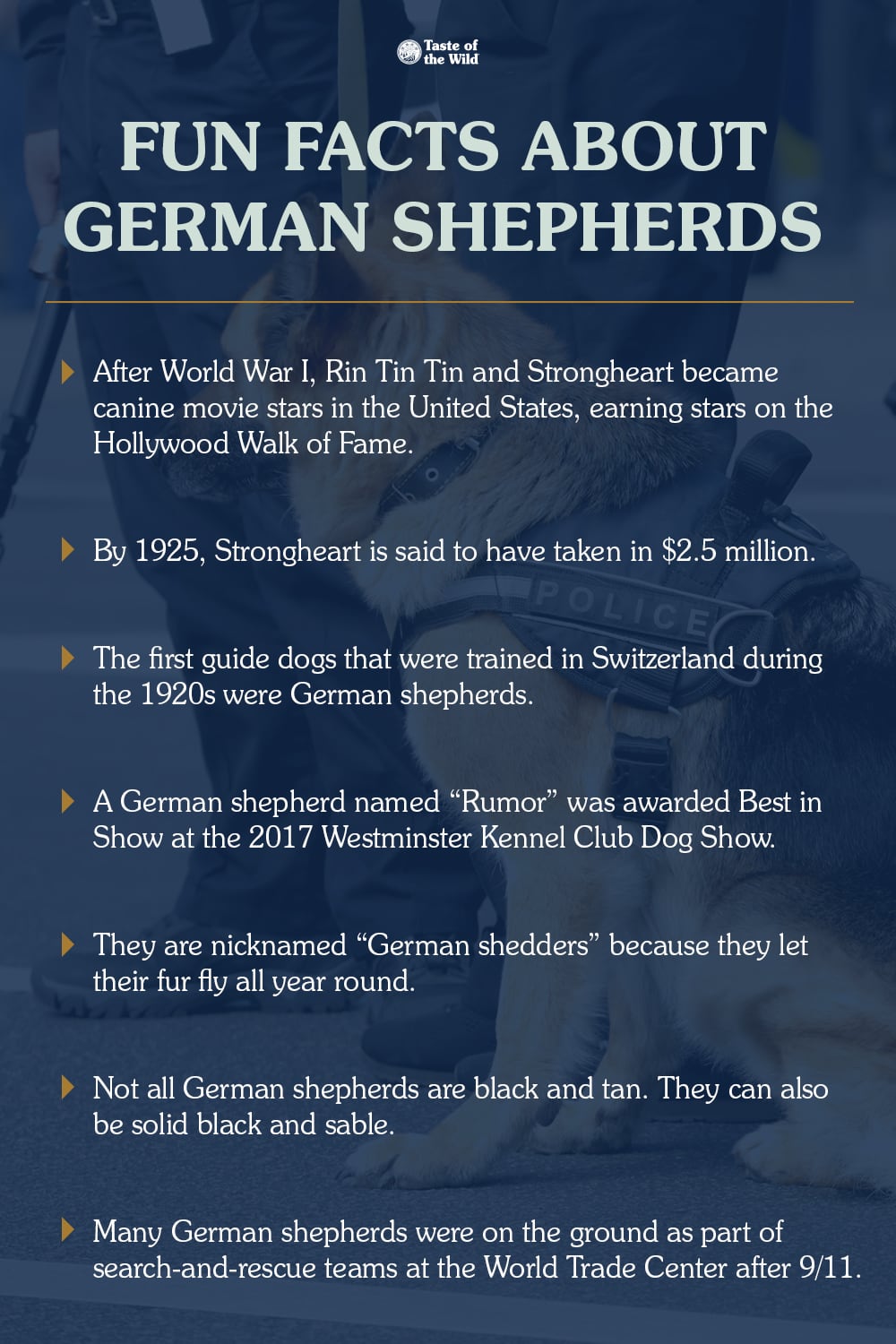 The information in this blog has been developed with our veterinarian and is designed to help educate pet parents. If you have questions or concerns about your pet's health or nutrition, please talk with your veterinarian.

SIGN UP TO GET THE LATEST FROM TASTE OF THE WILD

Fear of Fireworks: Help Your Pet Make It Through the Night

Grapes Are Toxic to Dogs, and Now We Know Why

How to Make Peaceful Introductions When Adopting a New Cat